On April 19, 2017, Mozilla Foundation published the Security Advisory 2017-10 outlining several recently fixed security vulnerabilities. One of these vulnerabilities, tracked as CVE-2017-5462, affects the Pseudo-Random Number Generator (PRNG) within the Network Security Services (NSS) library prior to version 3.29.5 and Firefox prior to version 53.

This post describes the bug and how it was discovered.

Inside the NSS PRNG

NSS uses Hash_DRBG as PRNG, which is one of several PRNG schemes defined in the NIST Special Publication 800-90. Like most widely used PRNGs the Hash_DRBG is a Deterministic Random Bit Generator (DRBG). (Even though this term is usually only used for NIST PRNGs.) While the standard contains all the details, the relevant features can be summarised as follows.

The state of Hash_DRBG is composed of three values:

The PRNG implementation can be found in the file drbg.c within the NSS codebase.

The issue identified in CVE-2017-5462 is in the code implementing the addition.

In this addition code it is clear that the carry should be added at the position preceding the original most-significant-byte of the shorter of the two summands. This fact was supposed to be represented by the index dest_len-len supplied as parameter to PRNG_ADD_CARRY_ONLY. Note that numbers are represented as sequences of bytes with byte number zero being the most-significant byte. The essence of the bug is that dest_len-len does not point to the correct position of the carry, which should have been added at position dest_len-len-1 instead.

Finding the Bug with Testing

The easiest way to find most types of bugs in PRNGs following NIST SP 800-90 is by testing the implementation with the official test vectors (seeds and outputs) provided in the standard. I found the bug after implementing these test vectors. Functional unit testing would probably have caught this particular bug as well. For PRNGs not following the NIST standard, defining corresponding test vectors is a good idea to avoid regressions during maintenance.

Statistical tests such as NIST SP 800-22 or DIEHARDEST are not very useful for testing cryptographic PRNGs. They can be used for testing the entropy pool that is fed into the PRNG. But such tests will not fail as long as the internal state does not stay constant and output passes through a cryptographic primitive (such as SHA-256) before reaching the consumer.

Considering the Hash_DRBG, the question whether Vc+1 = V + H(0x03 || Vc ) + C + c produces a collision and the DRBG loses entropy or not boils down to whether distinct 55-byte values x1, x2 exist, such that x1 + H(x1) = x2 + H(x2). Now, it is clear that this question cannot be answered without either knowing the output of H for each 55-byte input (which is infeasible) or some (unknown to us and certainly also to the tool) nontrivial mathematical argument on the nature of H in this context. In this regard, the Hash_DRBG differs from many other PRNGs that employ significantly simpler operations on the output of H before it makes its way to the PRNG caller.

As a consequence of this design, Entroposcope can not be used to prove absence of entropy loss in the Hash_DRBG. Nonetheless, Entroposcope can check collision-freedom of the PRNG under an idealised H and find bugs in the parts of the implementation that are not H. For this purpose we consider an idealised PRNG with H(b||V) = V and C = V0. This is the same kind of idealisation that helped Vladimir to uncover previously unknown bugs in OpenSSL and GnuPG. With the idealisation, on the first iteration (c = 0) updating the state becomes V1 = 3 * V0. Because 3 and 2440 are co-prime, V1 will not produce a collision if implemented properly.

Indeed, given the idealised code, Entroposcope produced a counterexample to entropy preservation with two concrete seeds leading to the same output stream. Tracing these two executions makes it easy to pinpoint the cause of the collision in the addition code.

Thanks to Vladimir for finding this bug and helping to write this post. 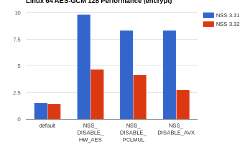 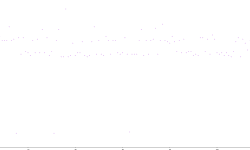